Woodcut Illustrations for Surviving the Island of Grace

For a slide show of these woodcuts, click on the first image and then use the arrows.

I met Leslie Fields while we were both doing graduate work at Goddard College in the low-residency Master of Fine Arts in Writing program. Leslie came to the residencies at Goddard from Alaska--and not just Alaska (as in Anchorage, where most Alaskans live), but from tiny Harvester Island in Uyak Bay off the coast of Kodiak Island. We became friends over the two years of week-long residencies, and she asked me to make a series of woodcut prints to illustrate her first book, which she wrote for her MFA thesis, a memoir of her and her family's life fishing commercially for salmon during the summers. I flew out to visit her in the month of August, when the nights were still almost never dark and when the water off their dock was just bearable for swimming. I flew to Anchorage, then flew in a smaller plane to Kodiak, then in an even-smaller sea-plane to Larson's Bay where Leslie met me in a fishing skiff and took me several miles up the bay to her home on Harvester Island. I took photos of the family skiffs leaving to tend the set-nets in the morning, and of the tenders that waited off-shore, ready to recieve the catch and take it to the fish cannery in Larson's Bay. Everywhere I looked, the wildlife was breath-taking--whales, puffins, sea lions, tiny spotted Sitka deer, bald eagles, sea otters, big brown bears--a heaven for me as an artist who loves to portray animals in the wild. I packed as many animals as I could into my woodcut prints (trying not to forget to add in the usually much-smaller human subjects) that illustrated Leslie's memoir, Surviving the Island of Grace, published by St. Martin's Press in 2002. 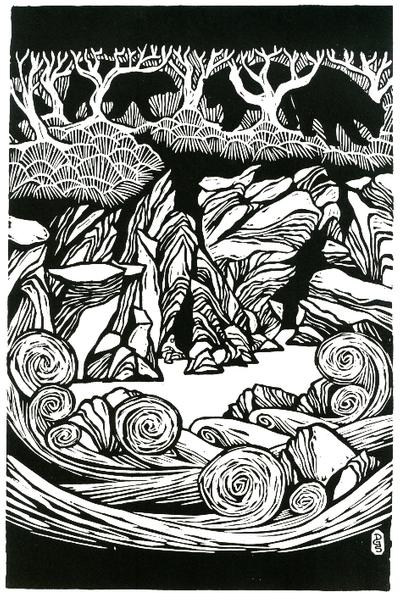 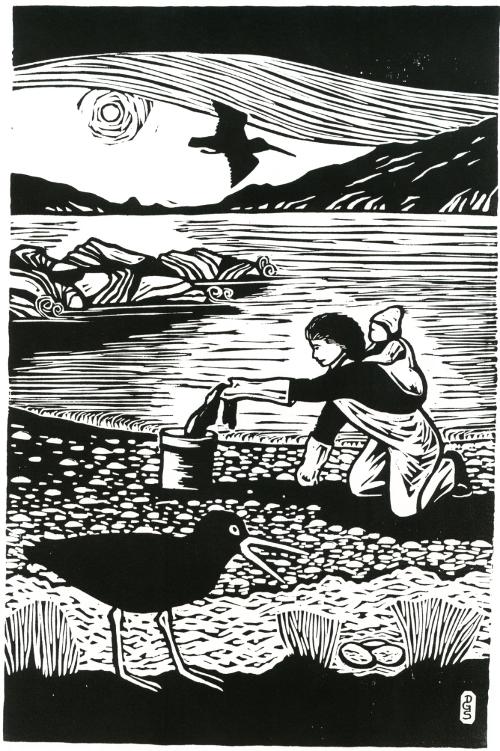 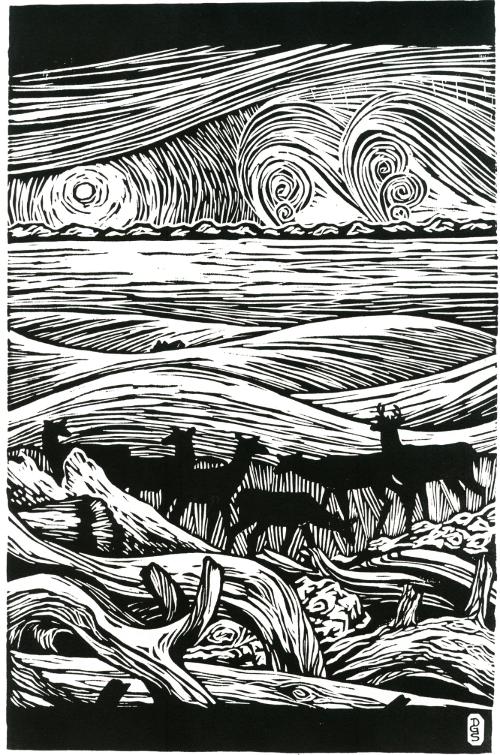 Deer Hunting From the Skiff 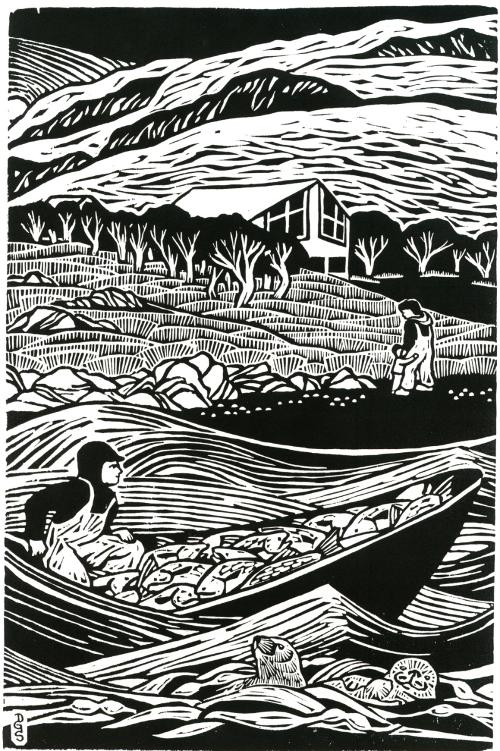 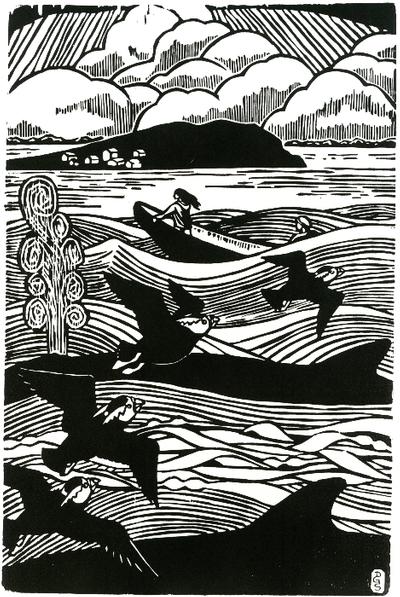 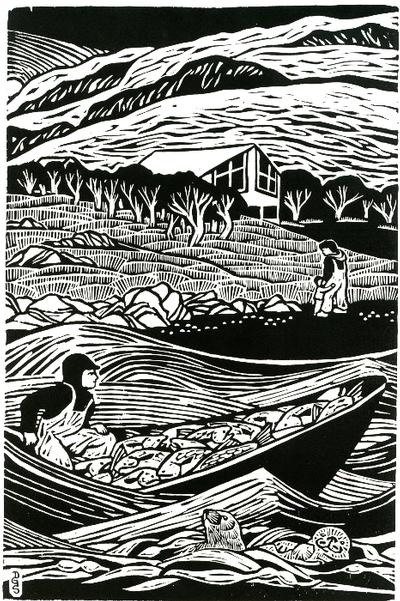 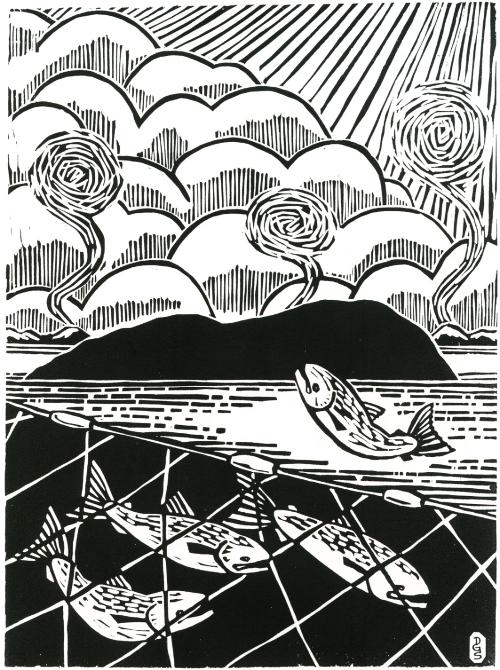 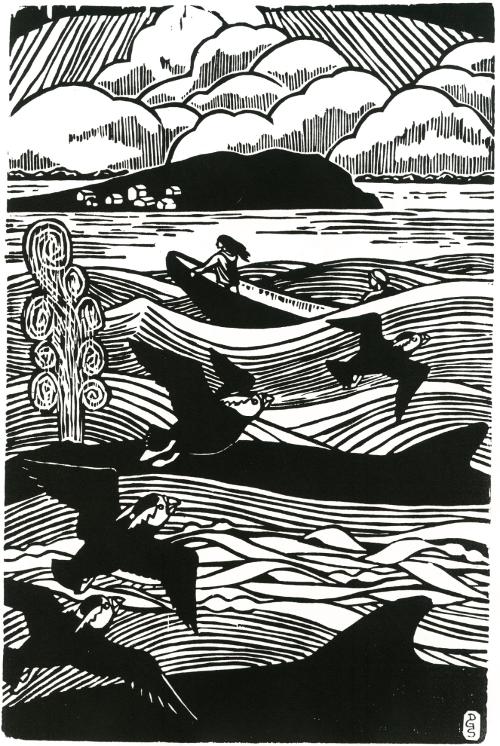 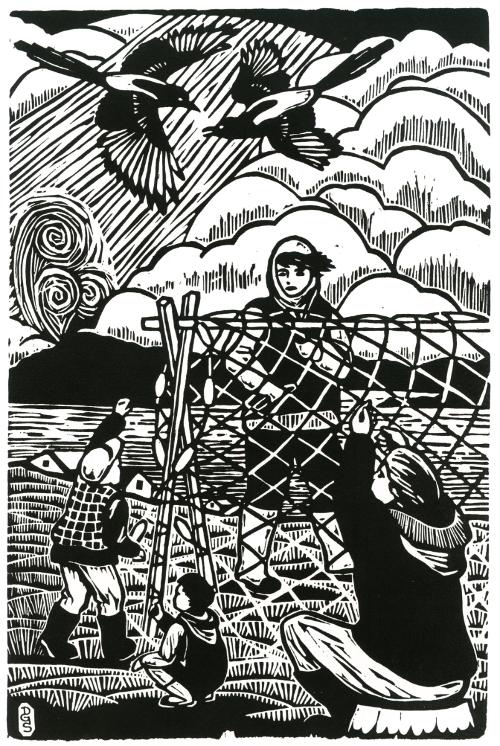 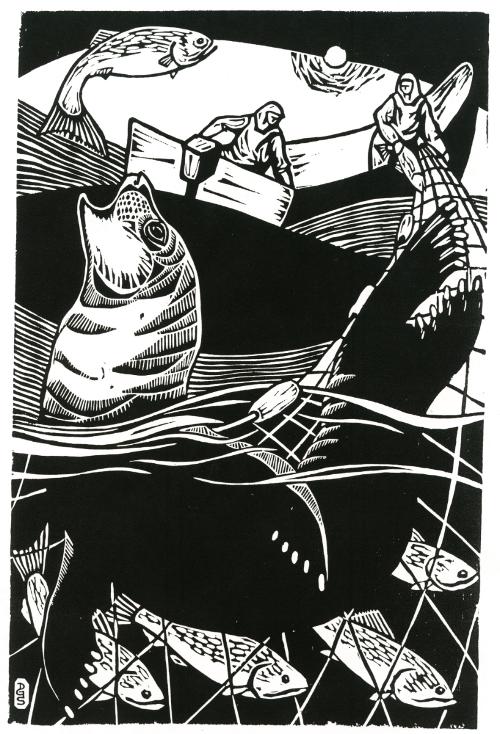 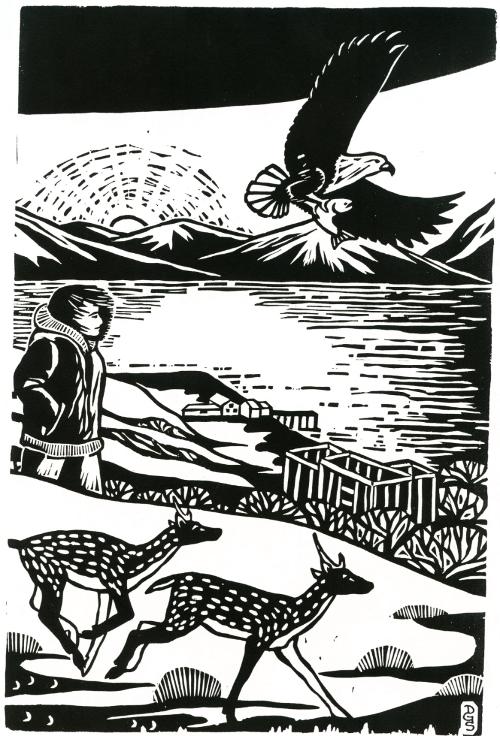 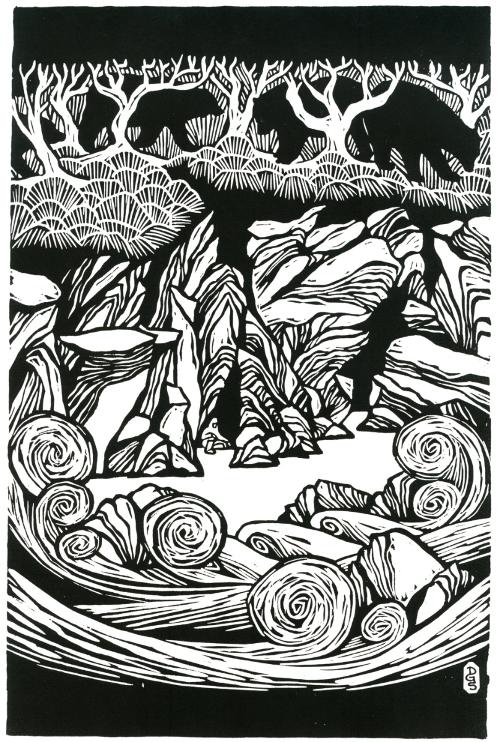 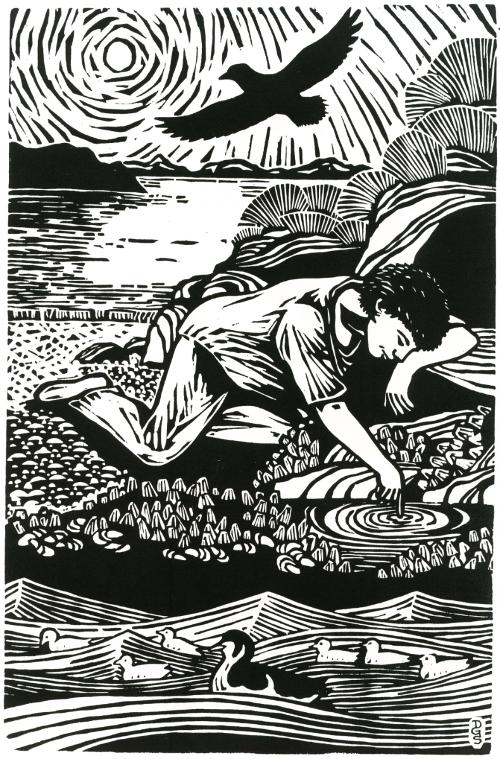 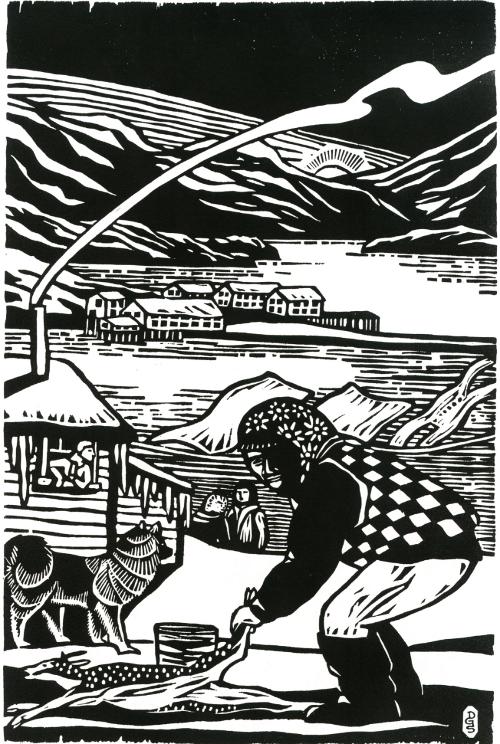