I worked in the Art Department of the Auckland Museum for two years. During that time, the Museum redesigned the Pacific Canoe Hall which housed their collection of canoes used by Pacific voyagers from the islands of Samoa, Tonga, the Cook Islands, Fiji and others. Auckland is the largest Polynesian capital in the world, home to over 300,000 Pacific peoples. In honor of this distinction, part of the Pacific Canoe Hall project involved painting a map of the Pacific Island nations flanked by illustrations of different types of ocean-going crafts used by Pacific peoples. I worked as a team with two other artists to research, design and paint this 50 ft by 20 ft mural on the back wall of the Hall. 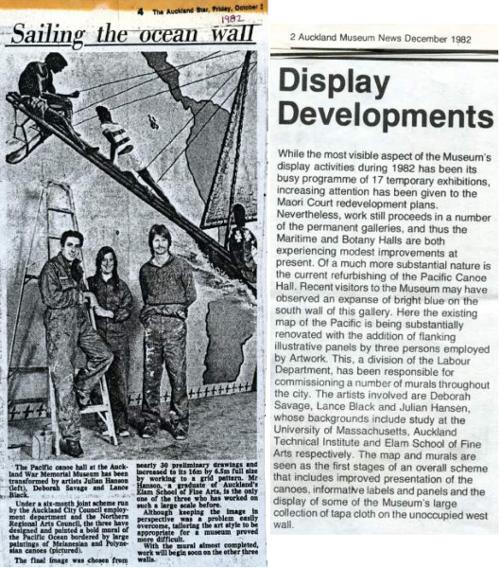