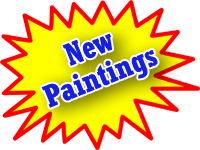 I am enthralled by train graffiti, those brazen, anonymous, peripatetic works of art that are so often seen as evidence of urban blight. To me, the spray-painted words and images seem to explode with a primal energy, bursting clear of time and space in a parade of color that leaps and whirls and tumbles away down a receding line of container and box cars, proof of the human spirit's most urgent and unbound expression of its indomitable creative purpose.

Taking photos of the graffiti on trains parked as they wait to enter railyards can be difficult. I have to scramble up steep banks or push through thick woods before I can step out onto the loose gravel berm where the train sits motionless and silent on tracks bound on both sides by the woods. I often have the sense of coming upon some strange, remote world, the massive cars curving out of sight in either direction the ruins of an alien civilization. Perhaps that is why the graffiti strikes me with such a paradoxical force of mystery and primal recognition. The stylized words, indecipherable symbols and defiant shapes, the unbridled glory and rage of color sprayed as high up on the faded walls of the train cars as an arm can reach, the paintings are unmistakably, universally human: I am here! I am speaking to you! Pay attention!

But what gets my attention most on those long stretches of track is another world, more familiar but largely hidden, which thrives seemingly-incongruously with the graffiti-festooned trains: the wooded right-of-ways through which miles and miles of tracks run are home to a rich variety of wildlife. These woods, as well as so-called "wasteland" stretches of tangled weeds, briar thickets and scrub trees common to railway right-of-ways, provide habitats for hundreds of birds, mammals, reptiles, amphibians and insects. Often these wooded and overgrown areas run through an otherwise urban landscape. Unlike more scenic areas like state parks or wilderness recreation areas with trails through them, these wild areas are largely ignored. The right-of-ways belong to the railroad, and strictly speaking it isn't legal--certainly not particularly safe!--to sneak in to the tracks as I do. I have never seen another human being on my clandestine artistic forays to photograph graffiti. Trains may rumble along the tracks several times a day, but as far as the wildlife is concerned, they are just part of their largely-safe and secluded habitat. 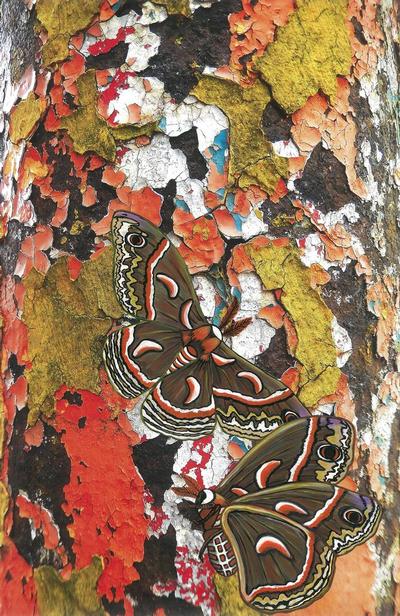 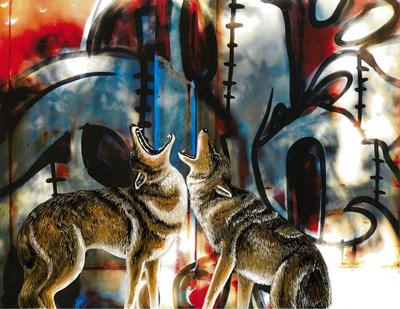 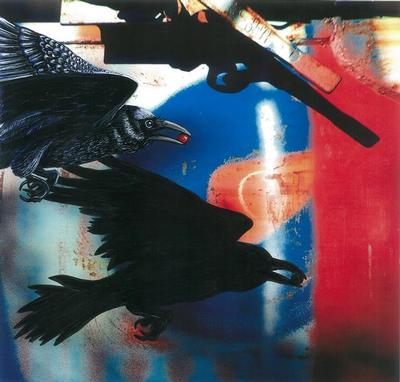 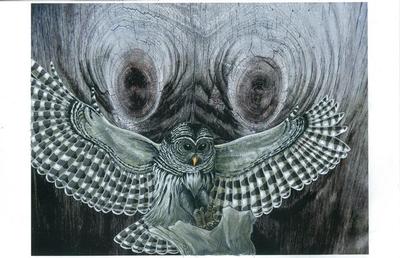 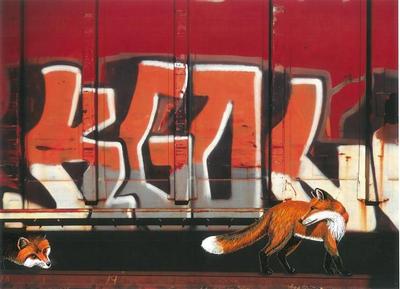 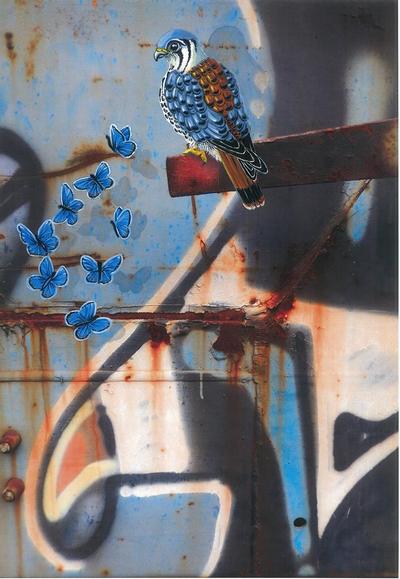 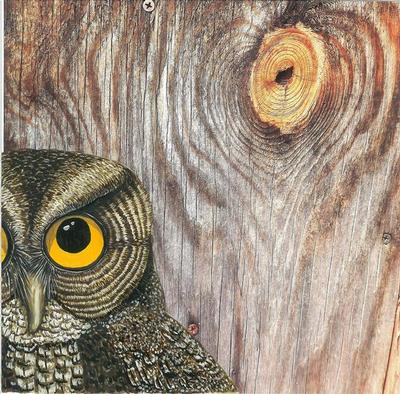 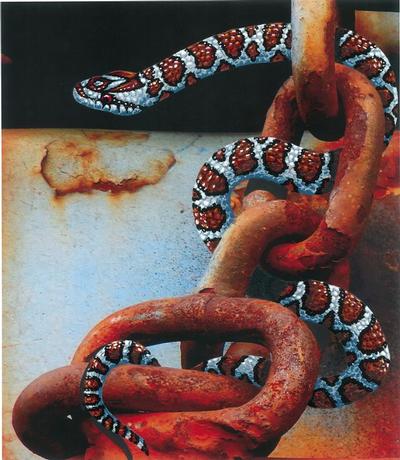 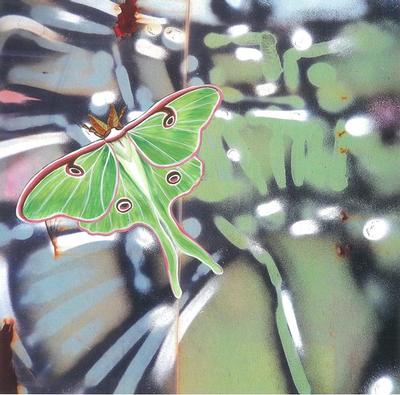 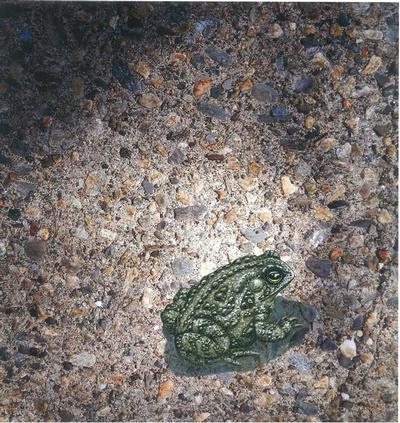 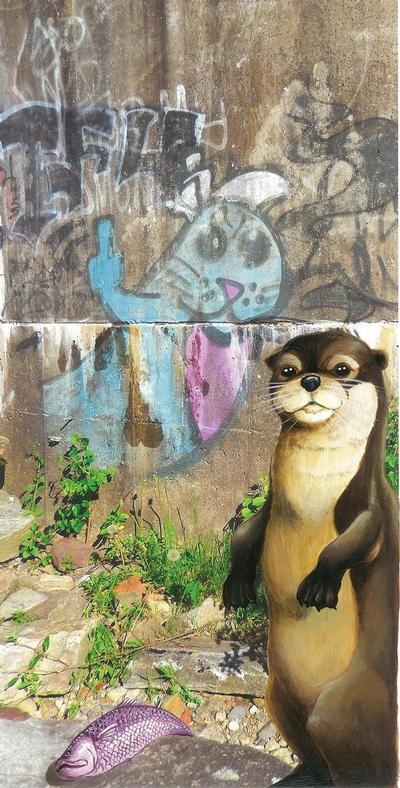 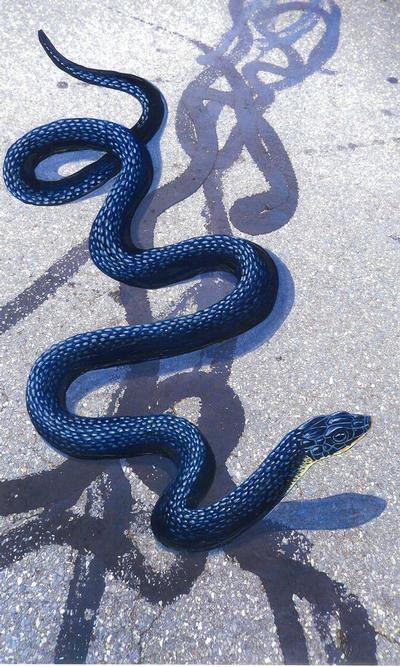 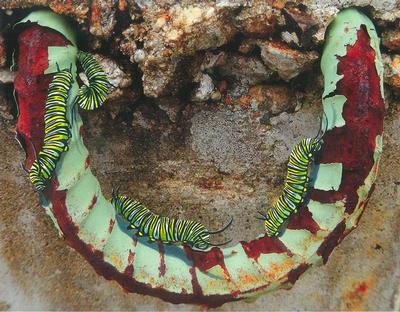 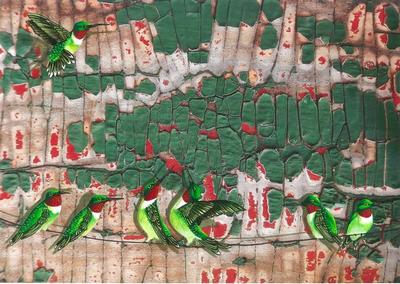 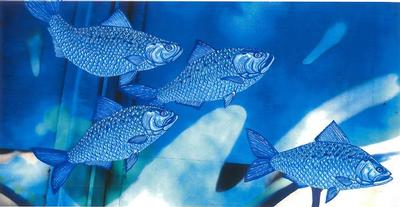 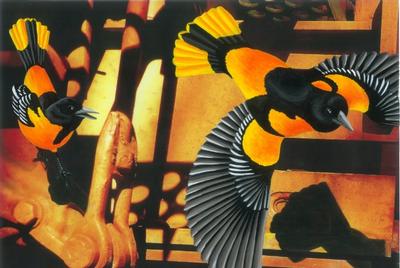 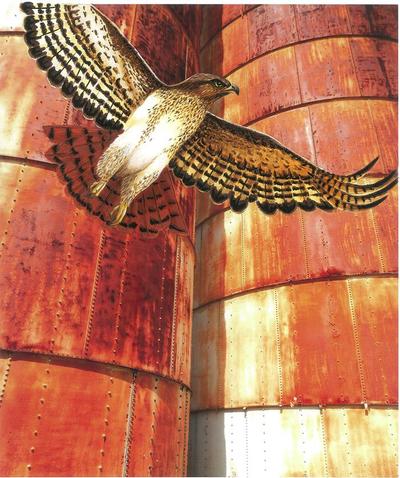 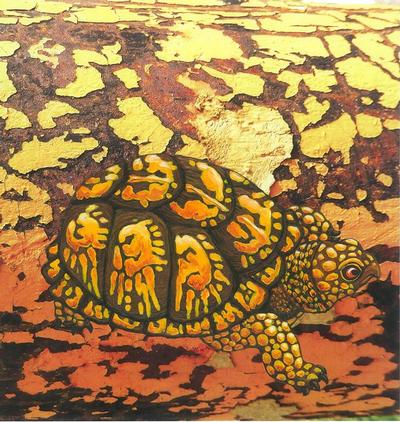 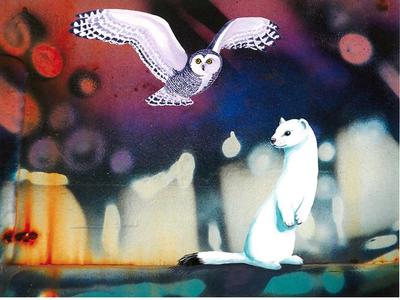 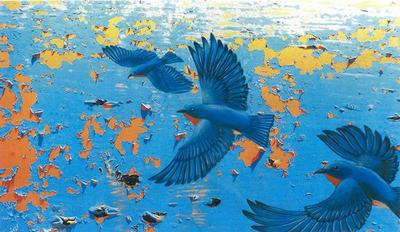