For a slide show of this work, click on the first image and then use the arrows.

I went to Scotland and England first when I was 17 and rode my bicycle from northern Scotland to London, and returned several more times over the next fifteen years. Many of these watercolors were painted outdoors in Somerset, Devon and Yorkshire in England, and on the Hebridean islands of Tiree, Arran, Mull, Lewis and Skye in northwestern Scotland. Later, back home, using my memory and the sketches I'd brought back, I created a series of woodcut prints featuring the standing stones that had affected me so much. 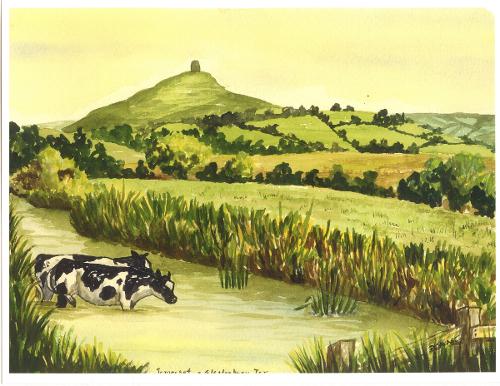 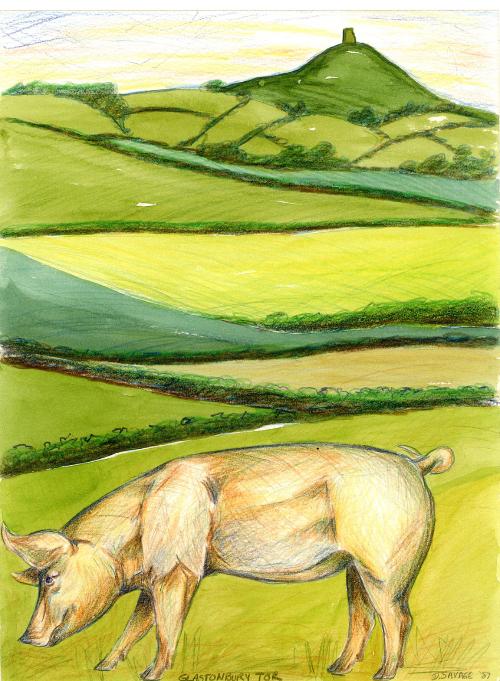 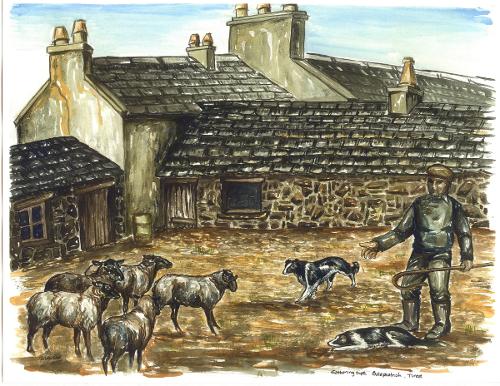 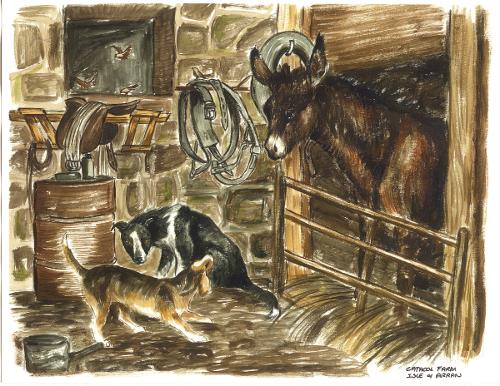 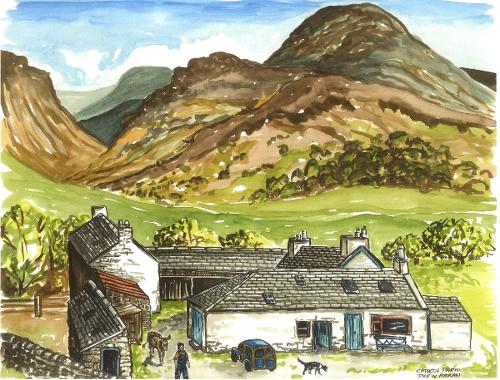 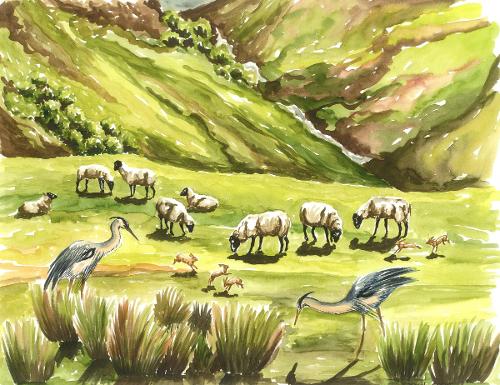 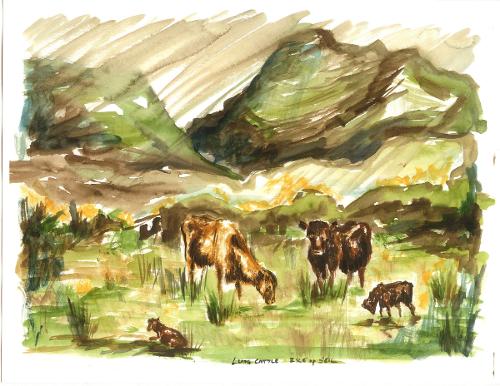 Isle of Arran, Scotland Mountains and cattle in rain 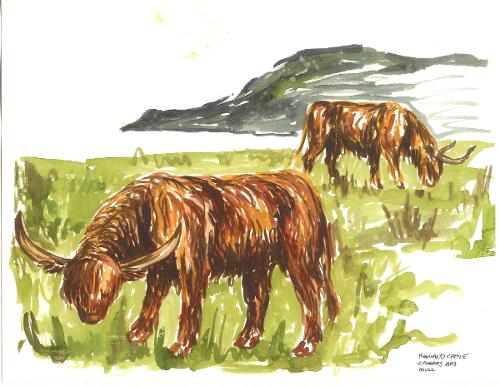 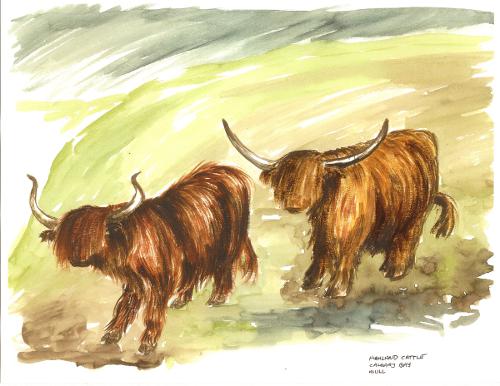 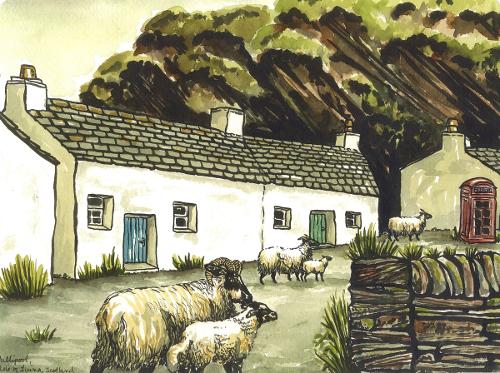 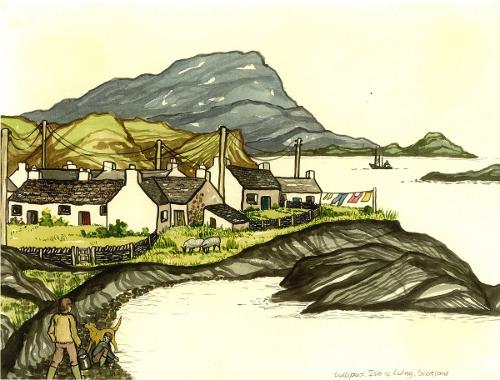 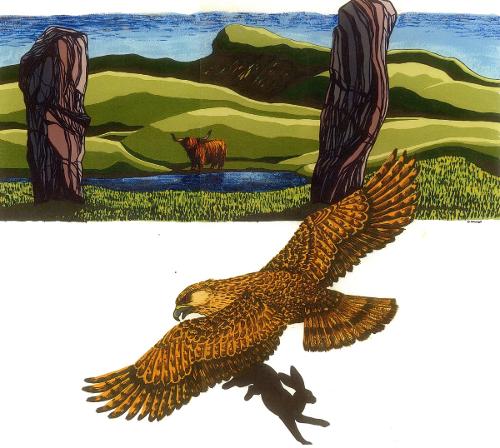 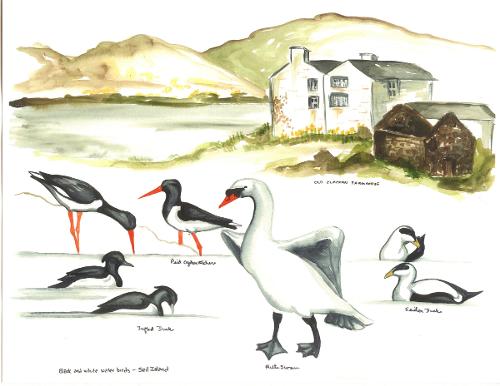 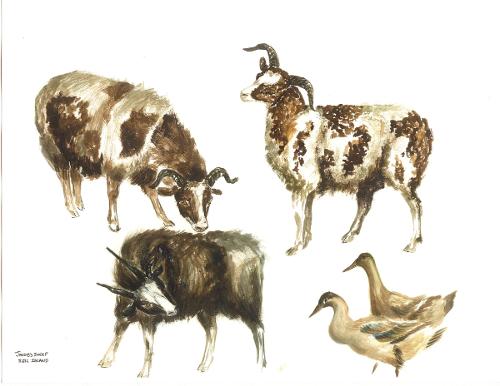 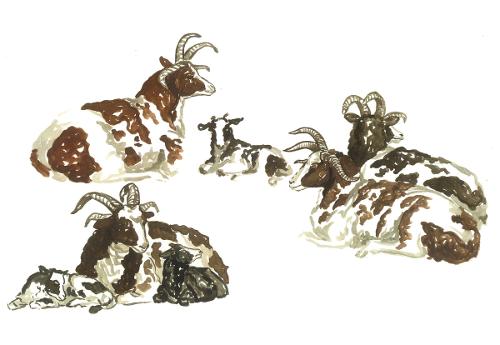 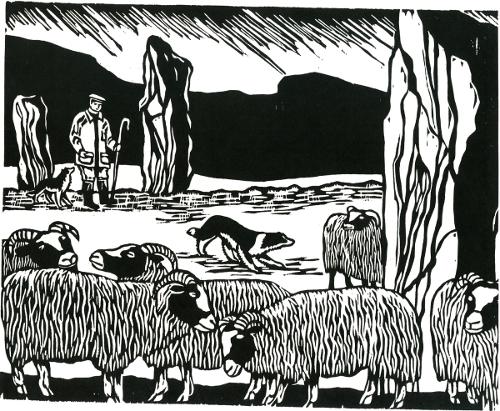 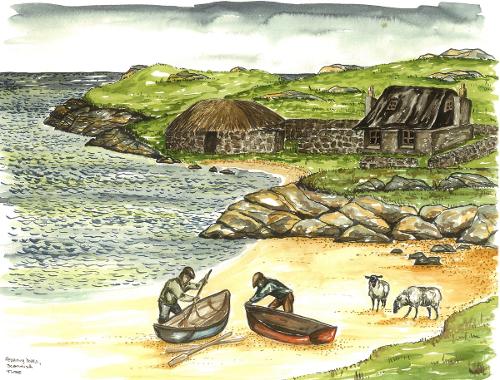 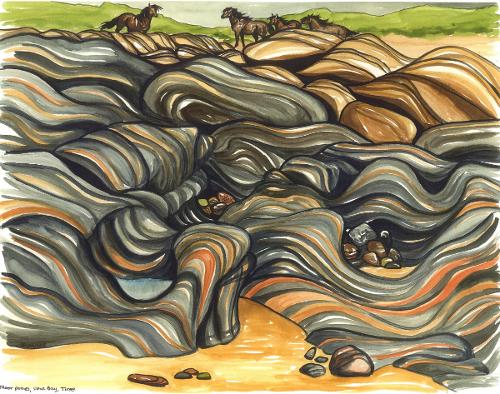 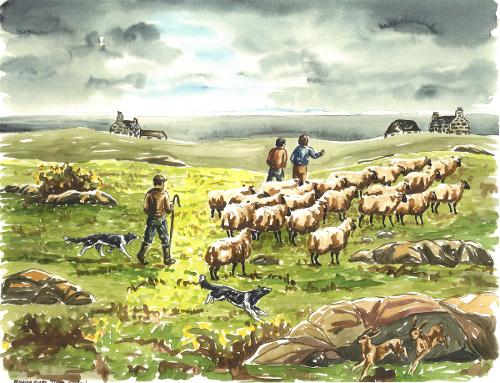 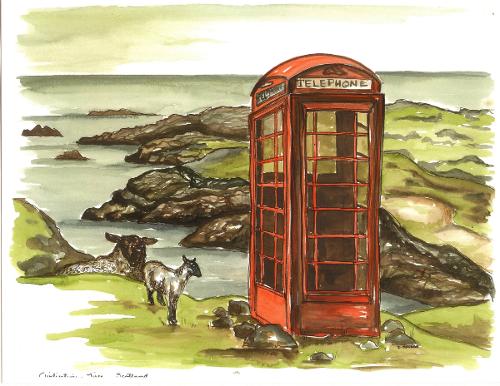 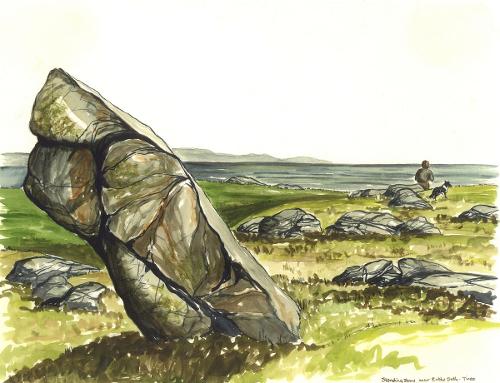 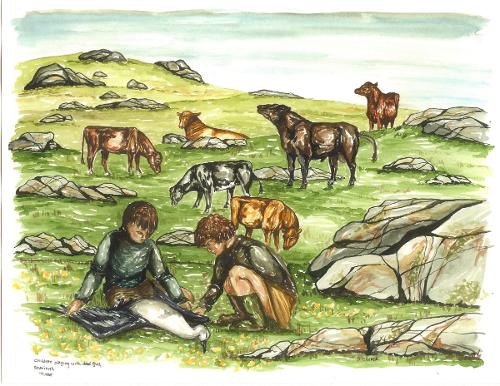 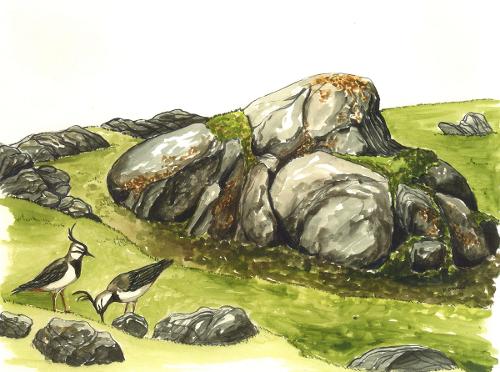 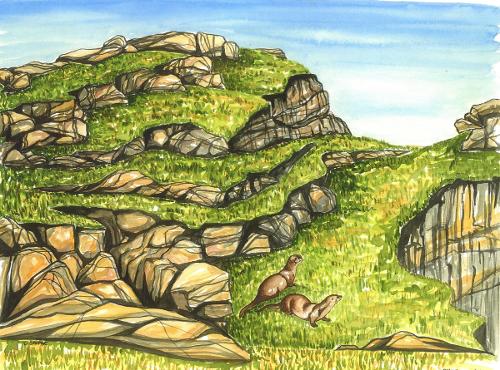 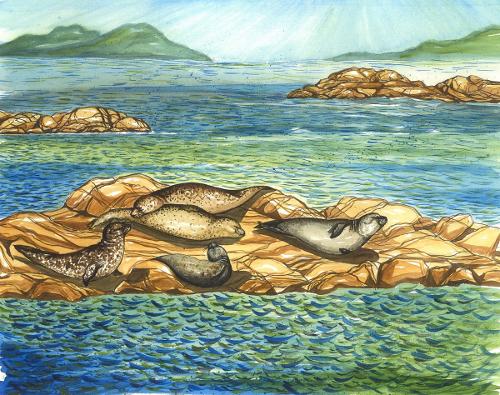 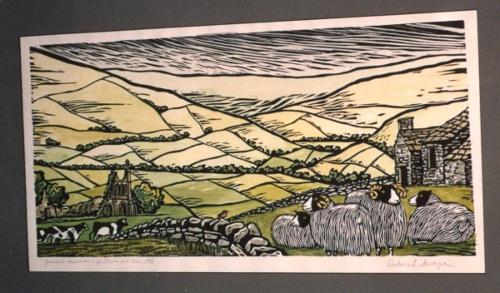 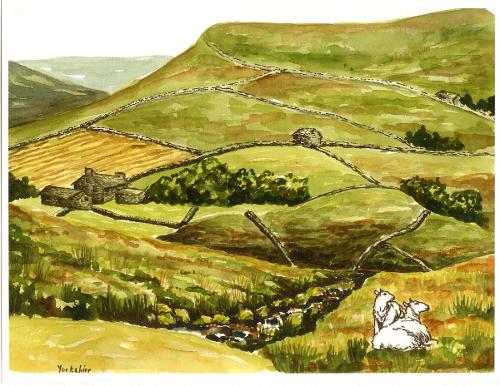